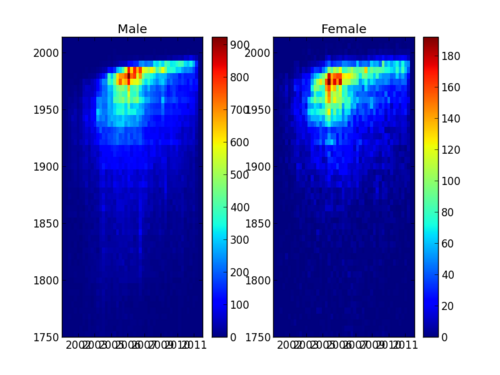 In this session, we will explore how to produce clear, informative charts, graphs, and plots with Matplotlib, the most popular toolkit for scientific data visualization in Python.

We'll be focusing on a dataset drawn from Wikipedia and , containing the names, birth dates, genders, article creation dates, and number of edits, of over 180,000 Wikipedia biography articles.

The dataset used here has been drawn from several sources. The list of biographies and the gender of the biography subjects comes from a datbase called DBpedia that is a structured database built from Wikipedia. If determines if articles are biographies from the Wikipedia category system and it determines if the subjects are male or female primarily by looking at whether subject is referred to as he or she in the article. Birthdates for people are extracted from the data recorded in Wikipedia in the "infobox" sidebars common to many pages. Data on how people edit Wikipedia is merged onto this dataset from a separate collection of metadata of Wikipedia editing very similar to the one we built for Harry Potter articles the morning.

Bundle with code for all platforms: http://mako.cc/teaching/2014/cdsw-autumn/wikibios.zip 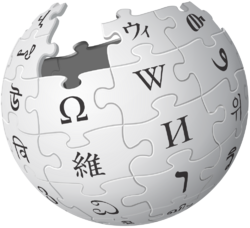 Retrieved from "https://wiki.openhatch.org/w/index.php?title=Community_Data_Science_Workshops_(Fall_2014)/Day_3_projects/Matplotlib_Session&oldid=15648"
Cookies help us deliver our services. By using our services, you agree to our use of cookies.